Much more interesting is this week’s Throwback Thursday post! Gods know where I dredged this one up from! (Actually it was the dusty depths of my external hard drive… does knowing that make me a god?) I think I wrote it about six years ago at a guess, the start of a novel that began from a simple idea and got huge. I think I was watching a lot of Death Note at the time and reading Terry Pratchett, possibly there is something of an influence…

Again don’t judge any of my published work on what you do or don’t read in these posts, these are old works posted to allow anyone and everyone to see that every author was shit once. Also yes, that is another terribly adorable picture of me as a kid. I love how old the black and white makes me look. 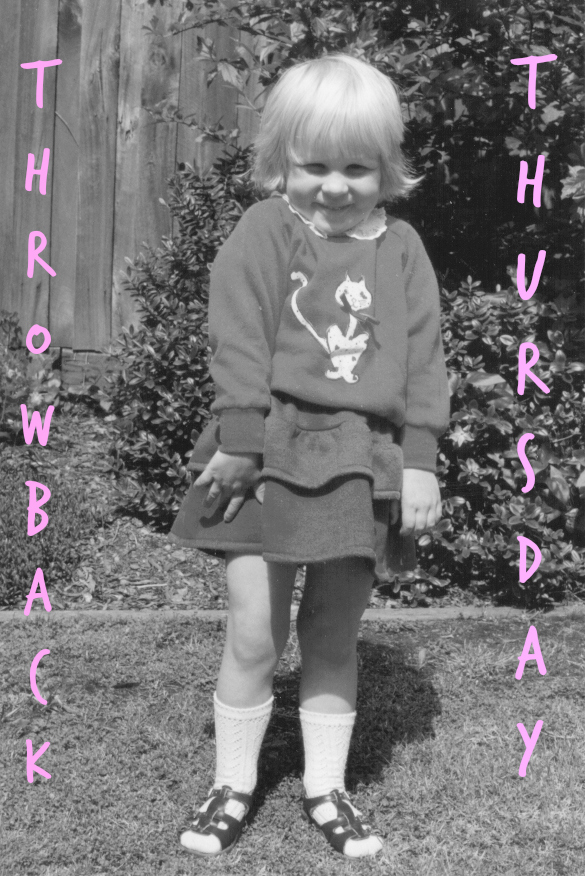 Aleksandar Lauront choked. Cheap ale burned down his throat, spitting from damp lips with each gasp for air. He slammed the tankard down on the table, open palm pressed against his chest.

“Didn’t your mother ever teach you to swallow, Aleks?” said a youth lounging at ease across from the afflicted young man.

“Shut up,” Aleks managed to gasp, putting more effort into this wishful command than he was into controlling the coughing fit. A few other patrons looked around, wondering who had let the babies in. Aleksandar’s cheeks reddened, more from embarrassment than because ale had just tried to kill him. Rough looking men all around the room took long swigs from their drinks, grinning at one another.

With one last cough Aleksandar Vorsatius Lauront, fifth and youngest son of Lord Aloysius Lauront, regained control of his lungs. Despite this triumph he couldn’t help wishing the floor would open up and swallow him whole. Never had he been so embarrassed, though tripping over in the crowded street had been less than desirable. The bruise was still giving him some trouble.

“Someone take his drink away,” said one of the other four young men at the table, taking an easy gulp from his own. “Shouldn’t let him drink.”

The dirty tankard was snatched away with a grin by the youth on his right, but Aleks made no complaint.

Tavar, the official leader of the little group, went on speaking as though nothing had happened. “Six solid gold rings and a painting,” he said flicking hair out of his eyes with a gloved hand – his left, proudly displayed.

This produced no little surprise. “A painting?” said one. “What’s so valuable about a painting?”

Another gave a contemptuous snort, waving a hand encased in a black leather glove – his right. “You idiot. My father has a painting that’s worth thousands. Art can be worth more than its weight in gold to the right collector.”

“All right then,” said the one designated as an idiot. “What was it a painting of? A huge stack of gems?”

All eyes turned to Tavar, who sank his chin on to a black leather palm. “From what the guards said it was a painting of a naked lady.”

The young men broke into laughter, even the idiot winking at his friends and slapping Aleks on the back. Aleks laughed too, because he didn’t want to be left out, but in all truth he couldn’t actually see anything amusing in the notion of a naked lady posing for a portrait. Bowls of fruit did it all the time, but to say something might jeopardise his chances.

“There must have been lots of guards around, personal soldiers and the like,” continued the idiot when the laugher died away, fading into a contented sort of snigger quickly drowned by ale.

Eyes turned back to Tavar, who was making every effort to show off his left hand. The glove was just black leather, but since Tavar came from money he had been able to do it properly. The accessory fit so tightly it was like a second skin. It was made from the best quality leather, black; stitched with the best stitching, black; and branded with the maker’s mark, black. Aleks glanced at the other three. They were wearing similar accoutrements, but all on their right hands. His own hands sat demurely on the rough table, completely naked and unadorned. He had a glove, of course he did, but he wasn’t allowed to wear it. He hadn’t earned that right yet.

“No,” Tavar said, bringing Aleksandar’s thoughts back to the conversation. Around them sailors and fishermen went on with their drinking. Outside a small brawl had started, while someone being noisily sick in the corner was adding an extra tang to the already foul air. None of the boys seemed to notice, except for Aleks who wrinkled his nose. “No guards at all.”

“None at all, but you see, the door was rigged to swing closed and lock itself, and the drop from the only window in the room was thirty feet onto jagged rocks.”

Three amazed expressions gaped at Tavar, who smiled. Aleks watched him. Tavar loved to be the centre of attention. His father wanted him to be a priest, but it would be such a waste of his talents to send him to preach to people who were already converted. He had an uncanny knack of being able to make people believe the most ridiculous things. Aleks, a stickler for accuracy, examined the situation and said silently to himself: But they’re thieves, right? So if they picked the lock to get into the room, assuming the door opens inward, then all they have to do is release the mechanism and walk out. If it opens out then they still just have to pick the lock and walk out, a much easier option than choosing to leap thirty feet onto jagged rocks.

Out loud he said: “How did they do it?” instilling just the right amount of awe into his tone as he gripped the edge of the table, fingers splayed. “Thirty feet is a long way. What kind of bastard would invent a self-locking door?” One who didn’t want his gold rings stolen, the sensible part of his mind added, but before his evil genius could prompt him to say as much a dagger shuddered into the table and stood there vibrating.

There was a disdainful grunt from above. “Only a fool would believe that rubbish,” said an unknown voice. “There were six guards and the old man had a crossbow.”

Aleks stared at the dagger. He hadn’t moved, didn’t dare to with a blade wedged halfway between two of his fingers. The hand that had put it there was thin, long pale fingers curled around the hilt. It wasn’t wearing a glove, black or otherwise, but the man… He could feel the man standing behind him, and something about the words eventually made him look around.

“Good evening, gentlemen,” the man said as Aleksandar’s eyes fell on him. Then, with nothing but a dry laugh, he walked away. Aleks watched him go, mouth hanging open. The man walked with easy confidence, a blond ponytail snaking over his shoulder, aglow against a black cloak. The dagger was still there, tip splintering the rotten wood.

Silence enveloped the small table, broken after a time by an excited cry. “Was that… was that the Wraith Twins?”

The idiot snorted. “Of course not! He was alone. There are two of them. They’re twins, right?”

No one bothered to answer. The patrons of the tavern had ignored the appearance of a dagger as a matter of course, but looked around as the party of young men jumped to their feet. With excited cries and much pushing and shoving they forced their way outside, one lingering only long enough to wrench the dagger from the wood before following his friends.

Out in the dark street Aleks shivered, clutching his cloak tightly against the sharp breeze. The dagger weighed heavily in his hand, the hilt still warm from its owner’s touch.

“Did anyone see where he went?”

Aleks listened to their loud voices fill the street and closed his eyes. It was stupid, it really was. They loved style and yet had none of their own. What famous thief would ever have shouted in the street? Surely dark nights were for shadows and soft steps through the mist.

When Aleksandar opened his eyes it was to find the members of the unofficial fan club spreading out, jogging along the road looking down every alley they could find. In this part of town it was a good way to get lost, and if you wandered too far from the quayside lights you could easily lose more than just your way.

Ignoring the retreating shouts of his friends Aleks looked down at the dagger. It was neat and simple, serviceable and lacking in any distinguishing marks. Had it been picked up at a crime scene it would have lent no clue as to the perpetrator, but then that made sense, didn’t it? Why advertise when you didn’t have to? And the Wraith Twins certainly didn’t have to. And that was part of the fascination, part of the allure, because the Wraith Twins never looked for trouble. They got in and out with the minimum amount of fuss and the maximum amount of quiet style, unless you believed Tavar’s stories.

Shouts rang through the echoing backalleys as they realised he was missing. “Where’s Aleks? He was here just a moment ago.” That sounded like the idiot, better known as Nacy Carter. Soon they would remember the dagger and be back, but Aleks was determined not to give up such a prize. Without ceremony it was thrust into one of his cloak’s capacious pockets, causing a tear as the tip of the blade made a bid for freedom. It scraped his leg, but fell no further.

“Aleks!” That was Tavar, closer now. Aleks looked around, and seeing only a few drunks hanging around outside the tavern, he gripped the dagger through the thick material of his cloak and started to run.

From the roof someone watched him go, blond hair flying in the wind. The lithe figure in the fitted cloak pulled something out of his own pocket. With a satisfied little smile he brought it into the moonlight, displaying to the world a red silk purse. Although this would have been of great interest to Mr Aleksandar Lauront, what would have interested his so-called friends more was the hand that was holding it. It was the man’s left hand, and it was wearing what could only be described as a black leather glove.