So I’ve decided I’m going to do a series of throwback posts looking at old writing of mine.

2) Because you can learn a lot from it 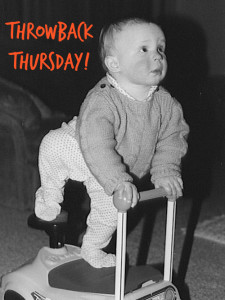 In light of the fact that I’ve been working on The Vengeance Trilogy non-stop for the last two years, it seemed the best place to start. Not the new stuff, but the old OLD OOLLLLLDDDD stuff. Endymion and Darius have been around for quite some time. I think I started writing them in 2008, the second major series of books I ever worked on. Back then they didn’t have Katashi or Kin, although Malice existed, as well as a very very different version of Hana merely called Regent and owning a penis. (That is one attached to his body, not merely one he carried around in a bag or something…)

So, here goes. I’m hoping I don’t need to disclaimer this in more detail than saying this work is more than six years old. Do not take it as any measure of what my published works are like.

“I’m sorry to wake you, Laroth,” a calm voice said beside me, sounding genuinely apologetic. I looked around sharply, afraid that someone had witnessed my uneasy night. A pair of unruffled brown eyes were watching me out of an interesting, if not precisely attractive, face.

“Oh, it’s you,” I muttered, putting a hand to my head. “Why did you wake me, Marek?” I sat up, waiting for his reply. He had been my secretary for long enough to know never to wake me after nights like that. We never spoke about it, but he had learned through experience that sometimes I wasn’t quite my usual self. It had been a very bad storm. “What time is it anyway?”

“It’s just after noon,” Marek replied. “Your breakfast is on its way, but I woke you because a messenger just arrived at haste from the town of Yolbrun. He says he’s been travelling all night and is under orders to give the message into your hands only.”

I rolled my eyes. “I hope you disabused his mind of its unfounded feelings of importance.”

“You don’t pay me for nothing.” As he spoke Marek held out a sheet of heavy parchment that had been folded back on itself and sealed with more wax than could ever be considered necessary.

I took it from his hand. “It seems that the inhabitants of Yolbrun are overenthusiastic.”

Breaking the seal with my forefinger I spread the sheet across the silken covers of the bed, staring down at the tiny scrawl covering the sheet from edge to edge.

“Definitely overenthusiastic.” I handed it back to Marek without reading so much as a sentence. “I do wish people would learn to limit important missives to as few words as possible. Tell me whether there is anything worth knowing in that effusive ramble.”

Marek took the sheet back without comment, his dark eyes swaying back and forth as he read each line in turn, occasionally squinting at a small and poorly formed word in an effort of comprehension. Half way through he was interrupted by a knock at the door, and went to let in the servant who was bearing my breakfast tray.

“Nothing but platitudes so far,” he said, going back to the letter while I lazily began slicing an apple with a silver fruit knife.

Before the maid left she placed a large pillow behind my back. I leant against it while I ate, feeling the last strains of my headache resolutely refuse to disperse. It was nothing if not pathetic, being so affected by pain throbbing through one’s temples, but no matter what I did I could not escape it. Distance, time, indifference – everything seemed to change except for this.

“Ah!” Marek lowered the parchment and grinned at me over the top. “Overenthusiastic they might be, but–”

“Just tell me what it says,” I interrupted, holding up a hand to stem his enthusiasm too.

Without displaying even a flicker of annoyance Marek cleared his throat. “Commander Ovael of the Yolbrun town guard has written to inform you that he has a man in one of his cells who bears a peculiar marking on his left forearm. He goes on to say – among other things – that it exactly matches the drawing which was sent out with your last orders.”

I paused with a slice of apple halfway to my lips and stared up at him. “Then for once you did right to wake me,” I said, taking a bite. “Call my dresser. I will go see the queen.”

“I believe this morning she is negotiating the possession of that young man who arrived with the Marscian rebels,” Marek commented, folding the parchment and holding it questioningly over the coals smouldering in the grate. “You know, the one with the long curls?”

“I know.” I nodded, and Marek dropped the parchment, waiting until it had caught alight before turning away.

“Very well, Laroth. I’ll send for Rhys. Is there anything else you wish?”

I shook my head, taking another bite of apple as he left.

I read through that but I shuddered at the early flutter of adverbs and nearly bailed. Looking back at old work often makes me want to curl up and die a little inside… Looks like a fun year of Thursdays coming up!

And yes, that is me playing on my brother’s toy car. I only know it was his because he labelled the photo with the words ‘my toy car’ when he sent it to me…