The Gods of Vice!

Allow me to introduce you to Malice. If you have read The Blood of Whisperers, then you have met him before, if not then I think the word ‘manipulative’ describes him pretty well. But delving deeper into the story with the release of The Gods of Vice on the horizon, it is time to find out if there is more to Malice than meets the eye.

The Gods of Vice – Out December 31st 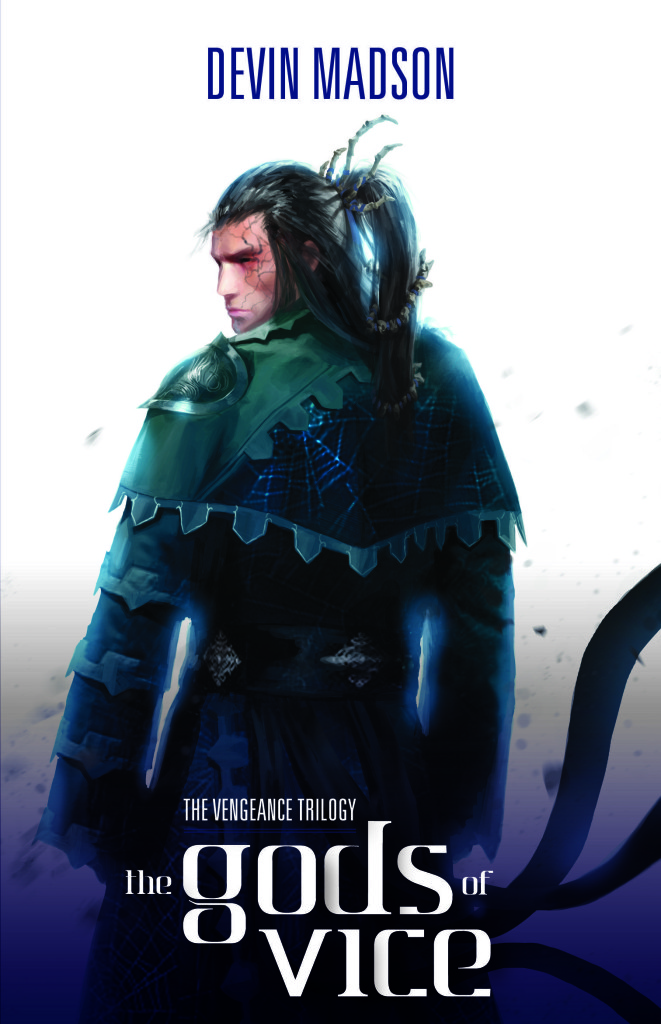 I picked up this book randomly at my local bookstore when I was looking for something new by an Australian fantasy author I had never heard of before, and I was not disappointed. I read it in two days, ok maybe one and a half, which is something of a feat when I was at the beach with two little kids at the time.

Clearly that means it has excellent pacing and a decent plot. If it suffered anywhere it was in characterisation. The main character, Rostigan, is the best developed character of the lot and he carries the plot without difficulty, but there is a lot of black and white here, and where there is grey the characters are drawn with great simplicity. It is usually characters that carry my interest, so I was surprised, after how much I enjoyed reading this, to realise that I didn’t really give a damn about any of them. That being said, they were all likeable and believable, just none of them touched my heart in that special way that makes you really invest.

The idealistic world (read beautiful cities and clean hobos) was nicely drawn, the magic was different to anything I had read before, and it didn’t shy away from the gruesome without getting overly descriptive. It was also refreshing to read a fantasy novel in which very powerful people actually USE their skills/magic to the limit of what they are capable of, rather than the author constantly trying to find ways to keep them from doing so.

All in all it was a quick, easy read with enough to carry you through to the end. Very enjoyable, but I’m not sure it would be complex enough to carry a reread. Definitely recommended to anyone who likes their fantasy fast paced and light on description, perhaps not so much for those who like the in depth epic.