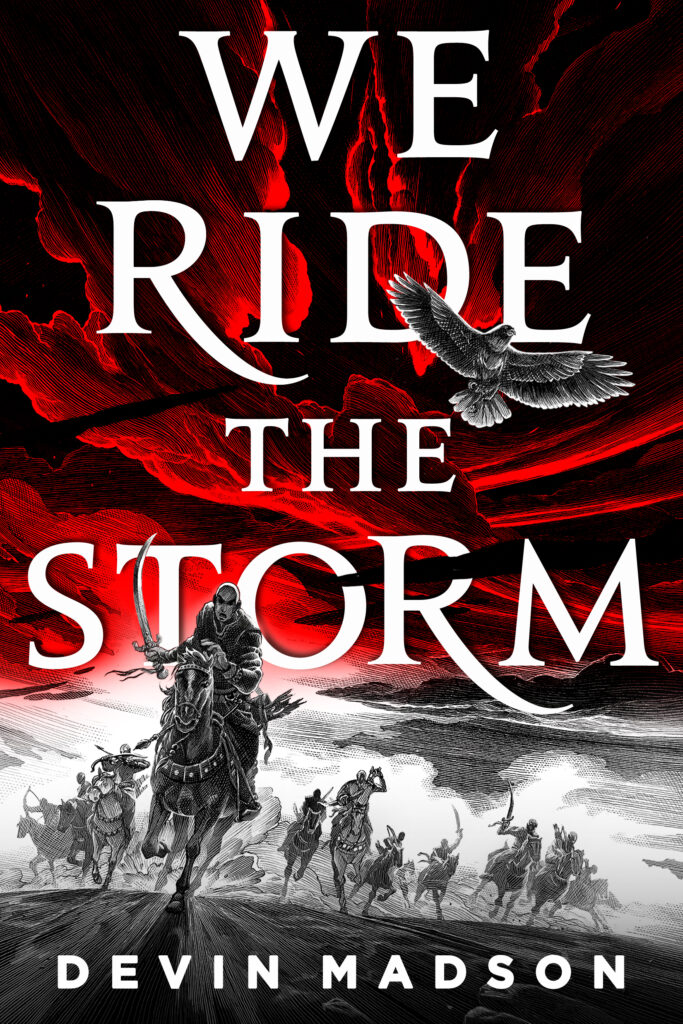 The Reborn Empire #1 – We Ride the Storm

War built the Kisian Empire and war will tear it down.

Fifteen years after rebels stormed the streets, Kisia is still divided. Only the firm hand of the god-emperor holds the kingdom together. But when a shocking betrayal destroys a tense alliance with neighbouring Chiltae, all that has been won comes crashing down.

In Kisia, Princess Miko T’sai is a prisoner in her own castle. She dreams of claiming her empire, but the path to power could rip it, and her family, asunder.

In Chiltae, assassin Cassandra Marius is plagued by the voices of the dead. Desperate, she accepts a contract that promises to reward her with a cure if she helps an empire fall.

And on the border between nations, Captain Rah e’Torin and his warriors are exiles forced to fight in a foreign war or die. 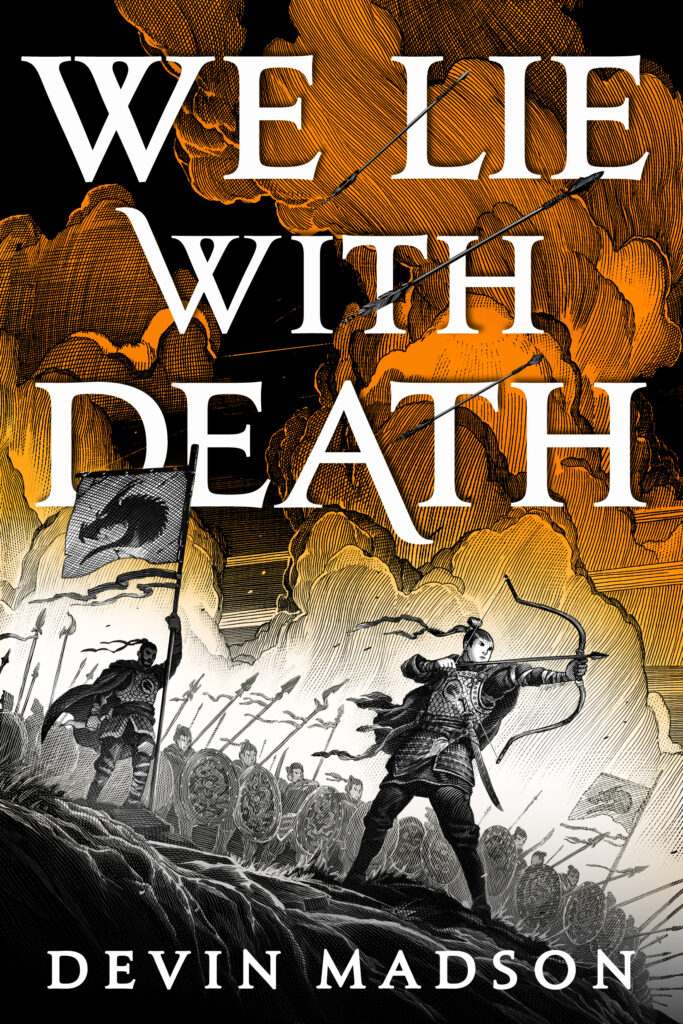 We Lie With Death (The Reborn Empire #2)

Into Kisia’s conquered north, a Levanti empire is born.

Loyal to the new emperor, Dishiva e’Jaroven must tread the line between building a new life and clinging to the old. Only Gideon can lead them, but when he allies himself with a man returned from the dead it will challenge all she thinks she knows and everything she wants to believe.

Now empress of nothing, Miko is more determined than ever to fight for her people, yet with her hunt for allies increasingly desperate, she may learn too late that power lies not in names but in people.

Rah refused to bow to the Levanti emperor, but now abandoned by the Second Swords he must choose whether to fight for his people, or his soul. Will honour be his salvation, or lead to his destruction?

Sold to the Witchdoctor, Cassandra’s only chance of freedom is in his hands, but when her fate becomes inextricably linked to Empress Hana, her true nature could condemn them both.

There is no calm after the storm.

The Reborn Empire #3 – We Cry for Blood

The empire has fallen and another rises in its place in the action-packed continuation of Devin Madson’s sweeping epic fantasy quartet.

Ambition and schemes have left the Kisian Empire in ashes. Empress Miko Ts’ai will have to move fast if she hopes to secure a foothold in its ruins. However, the line between enemies and allies may not be as clear-cut as they first appeared.

After failing to win back his Swords, former Captain Rah e’Torin finds shelter among the Levanti deserters. But his presence in the camp threatens to fracture the group, putting him on a collision course with their enigmatic leader.

Assassin Cassandra Marius knows Leo Villius’s secret-one that could thwart his ambitions to conquer Kisia. But her time in Empress Hana’s body is running out and each attempt they make to exploit Leo’s weakness may be playing into his plans.

And, as Leo’s control over the Levanti emperor grows, Dishiva is caught in his web. To successfully challenge him, she’ll have to decide how many of her people are worth sacrificing in order to win. 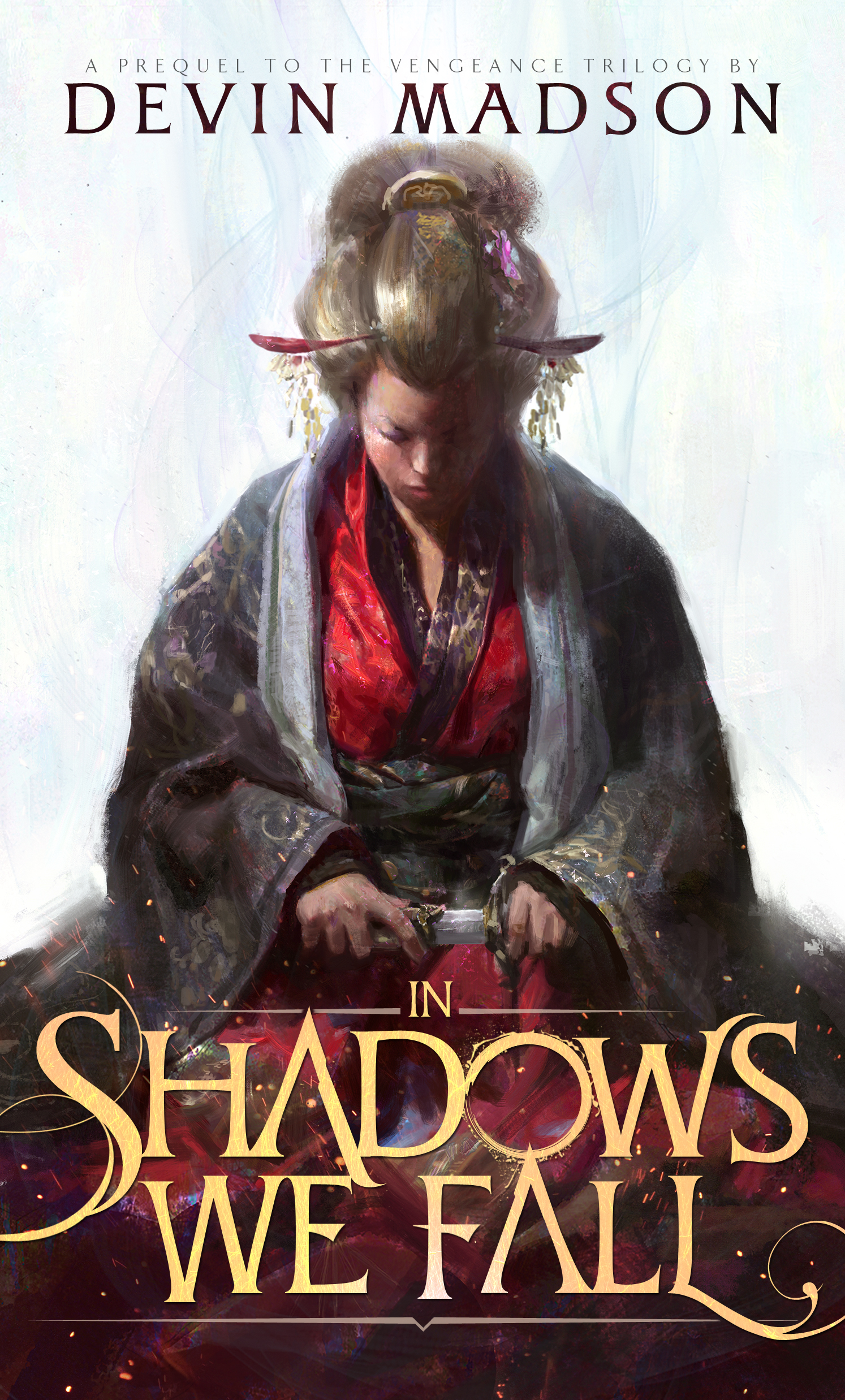 In Shadows We Fall

** Winner of the 2017 Aurealis Award for Best Fantasy Novella **

You will die. Your children will die. The empire will burn.

Empress Li is out of favour at court. Foreign-born and past her prime, she is to be set aside. But she won’t go quietly. With nothing left to lose, Li will do anything to stop Emperor Lan signing a secret alliance that could tear the empire apart. Yet when her life is threatened, old mistakes come back to haunt her and only a three-year-old boy can change the course of history.

With everything at stake, could an innocent child be the best assassin? 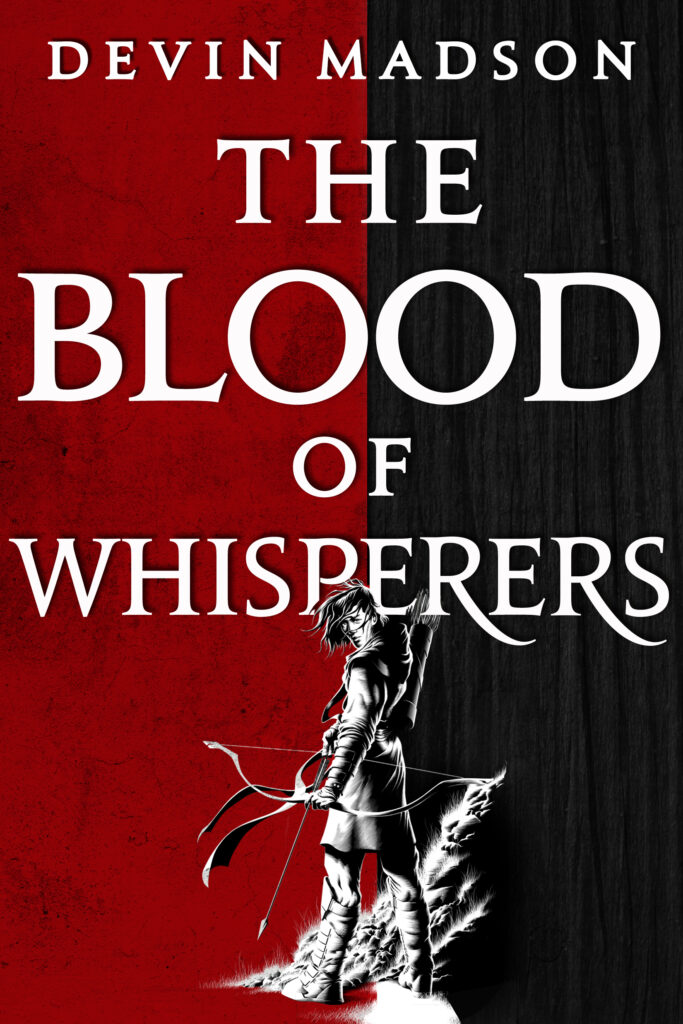 The Vengeance Trilogy #1 – The Blood of Whisperers 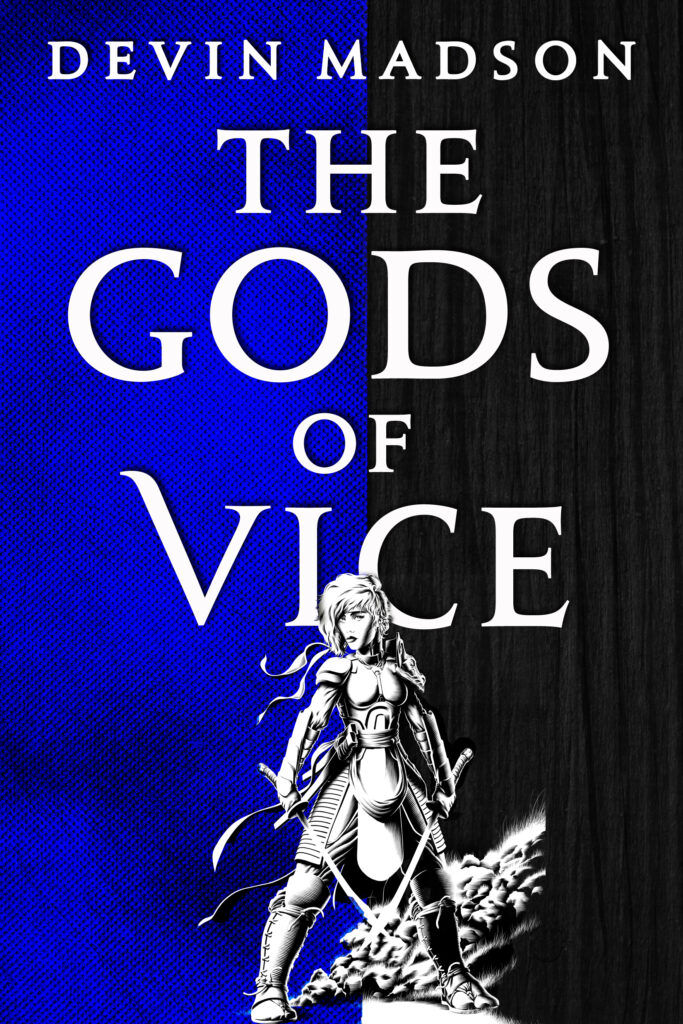 The Vengeance Trilogy #2 – The Gods of Vice

War has shattered Kisia. In the north, supporters rally around Katashi Otako proclaiming him the True Emperor. While in the South, Kin Ts’ai holds the key to keeping the throne: Princess Hana Otako.

The only daughter of the last Otako ruler, Hana must choose between being loyal to her family or her country. Is the right emperor the man the people want? Or the one they need? But in the shadows lurk one final secret that could upend even the most carefully made plans. 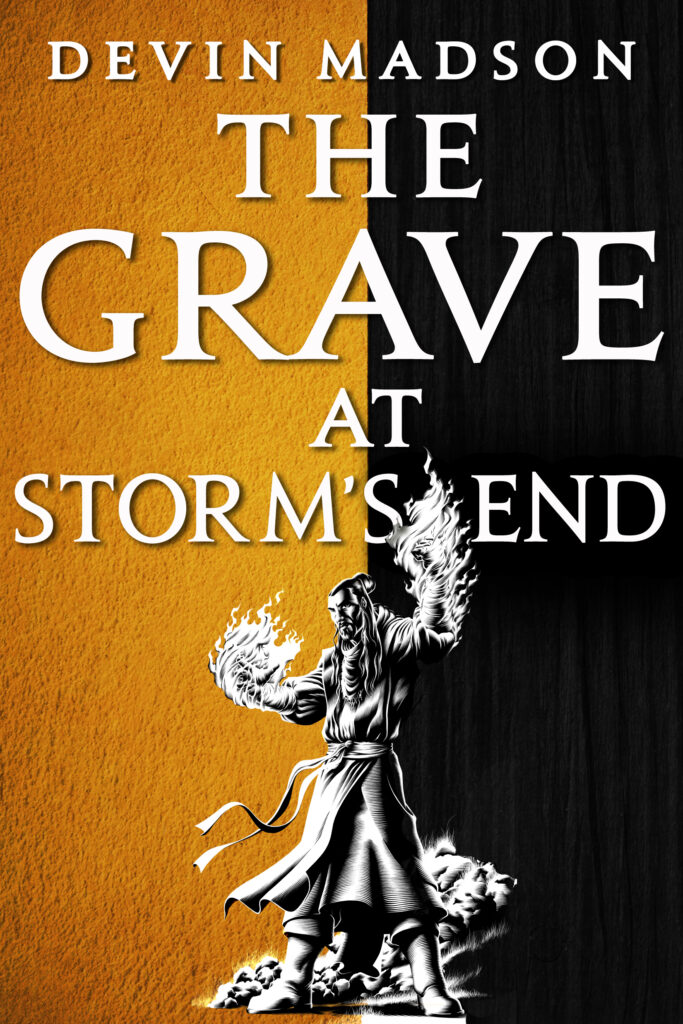 The Vengeance Trilogy #3 – The Grave at Storm’s End

The flames of vengeance engulf Kisia. Katashi Otako has joined with the Vices, determined to let nothing stop him from destroying Emperor Kin Ts’ai—even if it means Kisia has to fall.

As the empire faces its greatest threat, Kin and Hana Otako must marry in secret to secure the support they need. But the ceremony takes seven days and seven days can change the world.